The Central Basketball Association (CBA), officially established in 2013, was created to better advance the interests of member organizations, coaches, players, sponsors, and fans of minor league basketball. With a strong organization and corporate-style management structure, comprising of a variety of administrative officials that each hold specific expertise in important areas within business, legal, & basketball operations, the CBA is poised to become one of the most dominant minor league basketball organizations in the country. Through this experienced and centralized league office, which will provide proper oversight and guidance to all the member teams within the CBA, it will ensure both an exciting fan experience as well as financial success for all parties involved.

Prominent features of the CBA include league-sponsored video rebroadcasts of every league game on its very own CBA online broadcast channel, a professional display of detailed and accurate statistics for each game, and the abiding of FIBA rules with a 3-man referee crew. The CBA will also be taking advantage of domestic and international scouts working directly with the league in an effort to successfully transfer players from the CBA to professional international basketball organizations across the globe.

The key to a successful league is not only to have profitable teams, but also to realistically allow aspiring athletes the opportunity to be recognized and promote themselves to the next level. In the CBA, where every game will be nationally and internationally available online to allow for scouts to carefully observe our players, athletes involved with the league will be able to successfully utilize the CBA as a bridge to a bigger and better life in this country or abroad.

From all the member teams that have played in the league, based out of eight different states in the central portion of the nation, nearly 500 former collegiate players have played in the CBA in the last four years.  For the 2018 season, which is set to begin in late March of 2018, the league looks to continue to expand the number of teams in the league, recruit a larger number of former college athletes, and increase its networking influence within the domestic and international professional basketball community.

To find out more information about the CBA, please email us at info@playcba.com.

CBA SEASON-HIGH 38 POINTS IN A GAME

The Bowling Green Hornets were the 2015 CBA Champions, as they finished the season with an 8-3 record (5-3 regular season, 3-0 postseason). The second-seeded Hornets scored the game-winning basket through a buzzer-beater shot to defeat the post-season hosts and fourth-seeded, Fort Wayne Flite, 97-95, to earn their first ever championship trophy. Bowling Green was led by Coach Nathan Thompson and featured five CBA All-Stars, including the league's scoring champion, Teraes Clemmons (Jacksonville State), the league's leading rebounder, Torrez Hampton (Cumberland), and the dynamic scoring duo from Lindsey Wilson College, Kalen Kimberland and Deantra Scott.

CBA SEASON-HIGH 40 POINTS IN A GAME 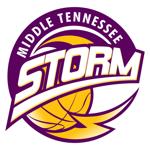 The Middle Tennessee Storm were the 2014 CBA Champions, as they finished the season with an overall 8-4 record (6-4 regular season, 2-0 postseason). The second-seeded Storm held off the defending champions, and fourth-seeded, St. Louis Hawks 106-103 in the title game, to give the organization their first Championship trophy. The Storm were led by Coach Nathan Willhite, and by a veteran core group of players, including two CBA 1st-Team All-Stars: Myles Thrash (Stillman College) and Brandon Springer (Cumberland University).

In 2014, the league included all four of the original members of the 2013 season, as well as three new teams: Chattanooga Rail Runners, Fort Wayne Flite, and Memphis Soul Kings. The regular season expanded to ten games and the number of eligible playoff teams expanded to four teams. The entire postseason tournament, featuring all eight teams, was held in Fort Wayne, Indiana. The top 4 teams advanced to the 2014 post-season tournament, which included Chattanooga, which won the regular season crown, Middle Tennessee, Fort Wayne, and St. Louis. In the Championship game, the Middle Tennessee Storm won their first title with a 106-103 defeat of the defending champions, St. Louis Hawks, in front of their home crowd in Nashville.

The 2015 season consisted of eight teams in the league, including six of the seven teams from the previous 2014 campaign, as well as two newcomers: Mississippi Eagles and Springfield Sentinels. The season reduced from ten games per team to eight games; however, the post-season expanded from four teams to eight teams. Chattanooga (7-1) won the regular season title for a second consecutive season; however, was knocked out of the postseason by fourth-seeded Fort Wayne in the semifinals. Second-seeded Bowling Green eliminated the defending champions, sixth-seeded Middle Tennessee, in the other semifinals game. In the Championship game, Bowling Green hit a buzzer-beater to defeat Fort Wayne, 97-95, to earn their first ever CBA championship title.

The 2016 season consisted of nine teams, including the addition of two new markets: Columbus Condors and Indianapolis Blaze; as well as the relocation/substitution of a team, where the Chattanooga Rail Runners became the Memphis Rail Runners, and replaced the Memphis Soul Kings that were originally in that market. There were two divisions in the league for the first time in league history. The North Division which featured: Columbus, Fort Wayne, Indianapolis, Peoria, and Springfield; while the South Division consisted of: Bowling Green, Memphis, Middle Tennessee, and Mississippi. Fort Wayne won all eight of its regular season games to easily clinch the North Division, while Middle Tennessee finished their regular season with only one loss to become the South Division Champions. With six playoff spots for the 2016 season, Columbus and Indianapolis represented the second and third seeds, respectively, out of the North, while Bowling Green and Memphis, respectively, were second and third from the South. Three teams from the North made it to the final four: Fort Wayne, Indianapolis, and Columbus, with Middle Tennessee being the fourth team being the sole representative of the South. Fort Wayne easily defeated Middle Tennessee at home in the CBA Championship game, and not only winning their first league title, but also becoming the first team in league history to finish the season undefeated (10-0).

The 2017 season featured seven teams, including two new organizations: Baltimore and Illinois, which joined Bowling Green, Fort Wayne, Indianapolis, Middle Tennessee and Mississippi. Indianapolis won the regular season title, while Fort Wayne, Bowling Green, and Mississippi joined them in the playoffs. With the top two seeds, Indianapolis and Fort Wayne advancing to the championship, it was Fort Wayne who prevailed in the title game in a three-point victory to become the first CBA team to earn back-to-back championships.

The 2018 will feature eight teams with Memphis rejoining the league after a one year hiatus, and Mississippi moving their headquarters to Jackson, as Baltimore, Bowling Green, Fort Wayne, Illinois, Indianapolis, and Middle Tennessee round out the remaining clubs in the league this upcoming season.

Interested in having your organization be a part of the Central Basketball Association? Contact us to receive preliminary information and team application for the 2019 season. The CBA will be vetting applicants this winter and following summer, and will use the offseason periods to individually grade each prospective team. League officials will determine whether prospective teams possess a solid organizational infrastructure, financial stability, talented player pool, marketing strategies, accessibility to league-standardized venue, etc., thus qualifying them to be a potential member team in the league.

To reach the league office for questions, comments, or application information, please contact us at info@playcba.com